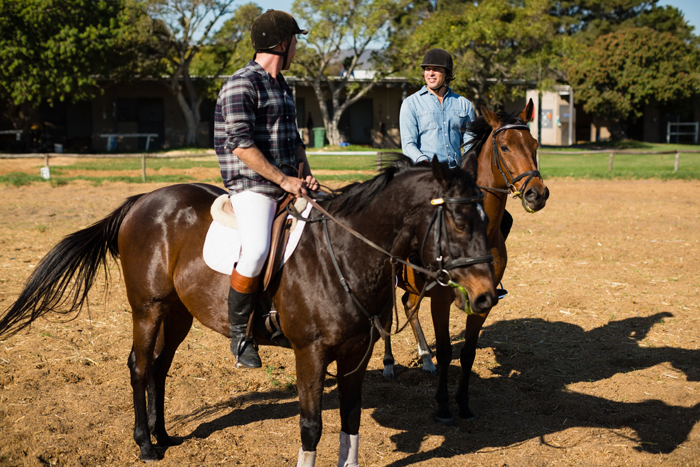 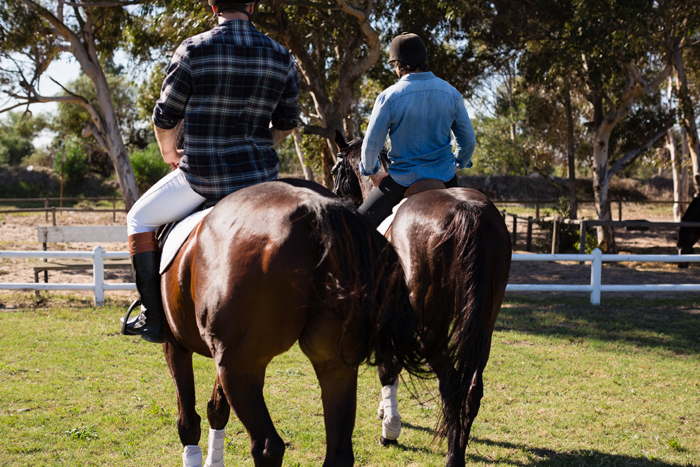 May 20, 2021 - What does learning horsemanship have to do with navigating modern life in the city?  At first glance, not much.  But for four mentally challenged young men at Psynergy’s Vista de Robles campus, the experience has taken them into new territories of teamwork, friendship, competence and joy.

Psynergy’s Equine program is a 16-week course where small groups of clients work together learning to groom, saddle and ride horses.  Along with horse management and riding skills, they also learn a lot about themselves, and each other.

Timothy Lee, MS AMFT was not originally a “horse person” when he began this journey of mentoring a class of would-be riders.  But he didn’t have to be.  Working with an experienced riding instructor at Willow Lake Ranch in Newcastle, CA he is able to guide his sometimes-fearful class to acknowledge the triggers that arise in stressful situations, listen to their emotions, explore coping skills, and quiet their minds.  The ultimate goal is to extend the self-management techniques learned in a horsemanship setting into daily life.

“Typically a session begins with grooming the horses,” says Lee.  “We talk about how grooming horses relates to human grooming – the importance of cleaning our feet and personal hygiene, and how that prevents infections and helps with good social interactions with others.  I try to relate good grooming to good life experiences – going to work or interviews with clean clothing and so on.”

The sessions include four riders and two horses, with each horse handled by a team of two.  After grooming, they move into saddling and bridling the horse under the direction of the riding instructor, which involves several items of tack.  The team members learn to rely on each other not to forget important parts of the process such as tightening and testing the girth, checking the bit and making sure that the saddle blanket is straight and smooth.

After the horses are tacked, the two teams lead their horses into the arena, set up the mounting block and help each other don and fasten helmets.

“Depending on the curriculum for the day, we may have a situation where rather than riding independently, we have one team member lead the ridden horse through an obstacle course, which helps build trust between clients,” says Lee.  “Knowing that the other client is responsible for guiding the horse helps the person riding to understand that sometimes there are things we can’t control, and that we need to learn how to cope with that.”

Lee noted that one of their horse partners is large and stubborn.  When the horse doesn’t respond the way the rider expects, he and the instructor assess whether it is a horse problem or a rider problem.  If it’s a rider problem, Lee walks over, stops the horse, and asks what the rider is trying to get the horse to do, and helps him self-regulate by checking his body position in the saddle and doing some deep breathing.  When the rider is ready, the riding instructor steps in to reemphasize the correct rein and leg aids and body position so that the rider can better communicate with the horse.

Ideally, the client is learning on two tracks at once – horsemanship skill along with emotional stability.

After the riding is done and the horses are cleaned and put away, Lee conducts a processing group session to discuss the day’s activities.

“We talked about he stubborn horse, and the client identified that he was triggering when the horse wasn’t responding,” says Lee.  “The other clients expressed that they had fear that the horse would run off or buck, recognizing it as fear, and translating that to relationships they had with other people.  They mentioned that it was important to be aware of what they were saying to others so that they don’t get violent or inappropriate responses back.  They did that without prompting, and it was very insightful.”

The takeaway for the group was that if you are not self-regulating, the horse will sense it.  The clients realized that they needed to stay in control so that they could control the horses.

“One client in the group has a recurring fear of not being in control,” says Lee.  “He also has difficulty with authority.  When he’s told he can’t do it this way, it causes an emotional reaction.  The fact that he was on a horse that he couldn’t control was triggering – not anger, but fear.  We also had another client relate that there are positive triggers – if someone smiles at you, it makes you smile as well.  We ended the session on a positive note rather than dwelling on the negative triggers most people have.”

In addition to the usual riding skills of balance, feel, and competence at various gaits, Lee’s riding instructor partner has also taught the group some coping skills that work well on horses.  Deep breathing, or just sitting still on the horse and petting it, can reduce anxiety for both horse and rider and open a door to re-group and begin the exercise again.

“One client actually likes to hum while he rides,” she says.  “It helps him and the horse relax.”

The group is on Week 12 of their 16-week protocol now.  Of the four men, ages 29 to 40, none has ridden a horse before.  One person is bipolar, one has schizophrenia and two have schizoaffective disorder.  Lee relates that those disorders typically leave the clients internally preoccupied.  Getting them to focus on something – like riding – reduces that internal stimuli.  One standout student has developed some impressive riding skills during the course.

“Right now we have one client who is galloping on his own, and the others are still pushing to get there,” Lee says.  “The fellow who’s galloping has developed that proficiency in just 12 weeks.  He’s a huge animal lover, and he’s always first to ride.  He’s really interested.”

The riding has also affected other parts of the young man’s journey.  Lee says his hygiene has improved exponentially since starting Equine therapy.

“Because grooming is the first thing that happens every week, he has come to understand that if you don’t pick a horse’s feet they can get infected.  So now he’s realized, ‘what’s it like for me if I don’t clean my own feet or armpits?’  The importance of hygiene finally hit home.”

The dynamics and structure of the Equine sessions have also helped this group form meaningful relationships.

“You have two people riding, while the other two are watching and waiting to ride.  They are discussing what they see, what’s working and what’s not. They are engaged with each other, and they also cheer to support the riding pair when something goes well,” says Lee. “We have one rider who is extremely afraid of getting on the horse.  His peers help lift him, they hold the saddle steady for him, they generally support him without his having to ask.  It’s really nice to see that.”

On the hour-and-a-half drive back to Vista de Robles, the group is usually talkative and animated, reliving the day and its triumphs and sometimes, tribulations.  The four men have developed a unique friendship through shared experience.

“These guys hang out together, they eat together, they talk about riding all the time,” says Lee.  “This group has promoted a lot of interest in our upcoming classes, giving others something to look forward to.  We’ve actually had to create a waiting list!”